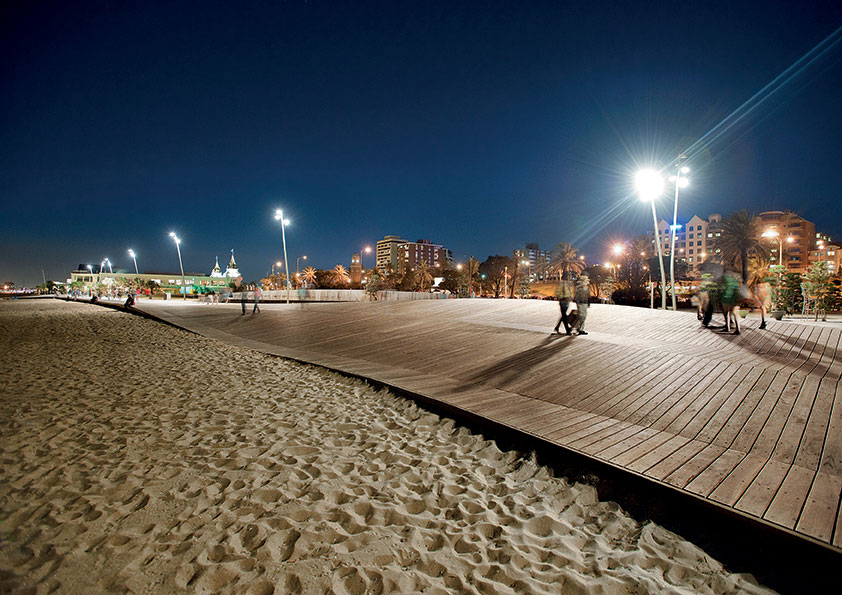 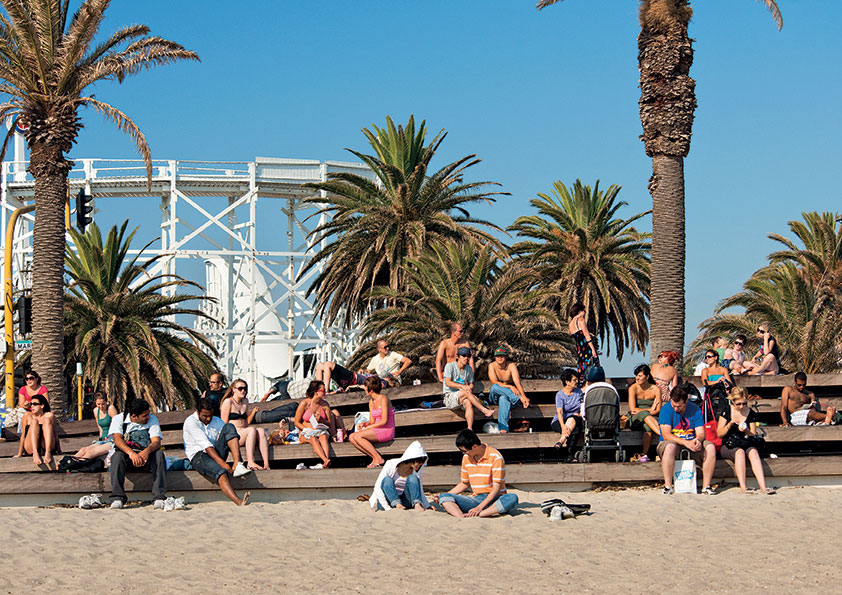 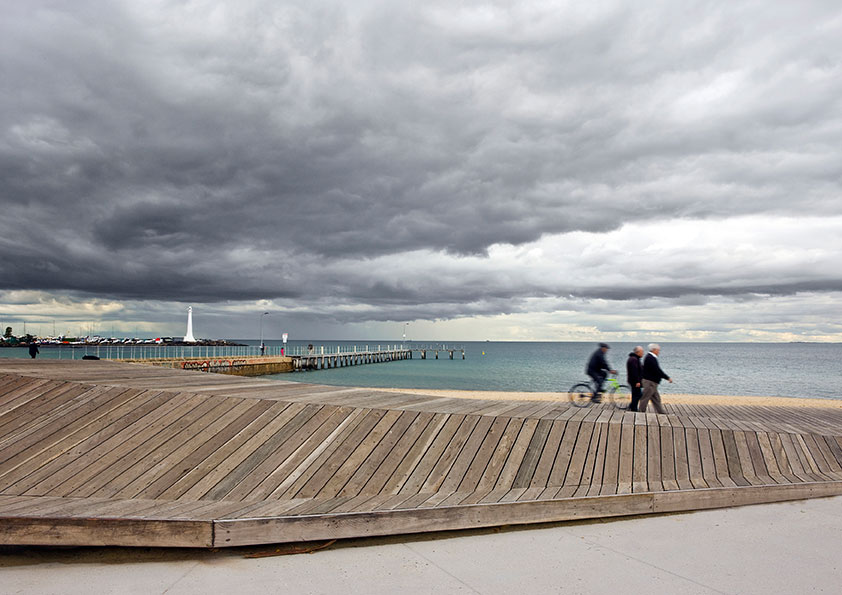 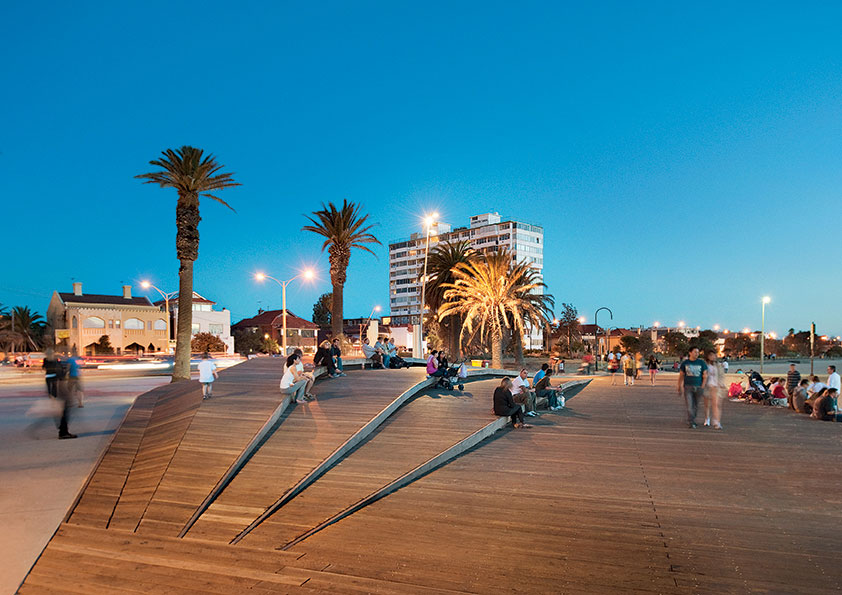 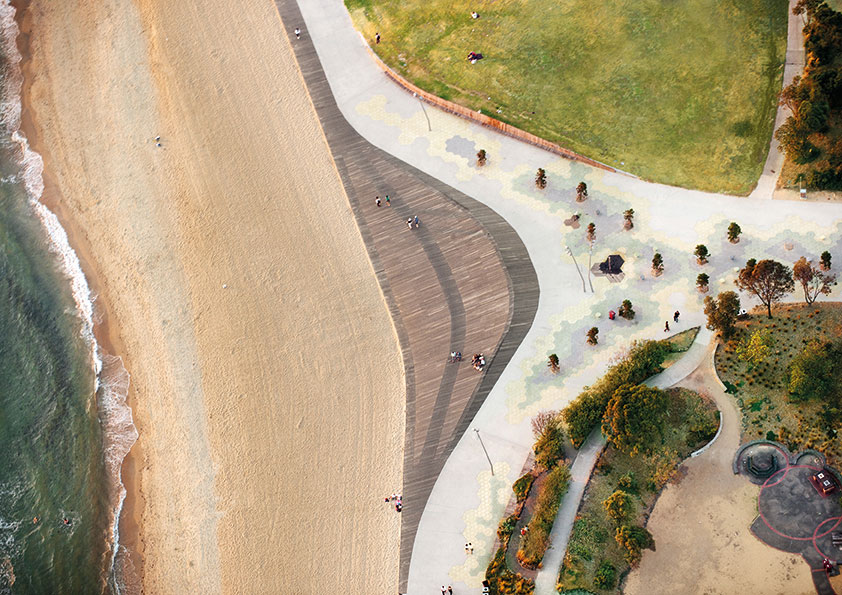 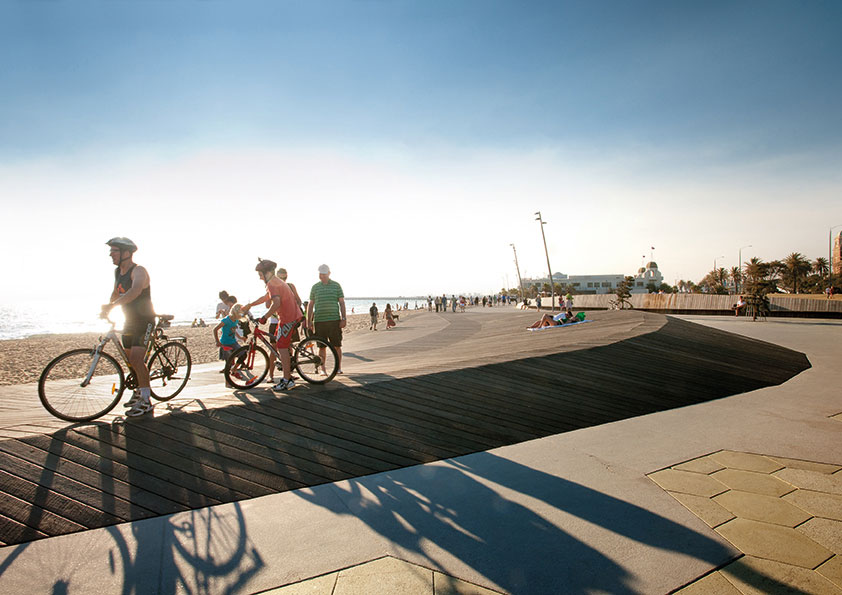 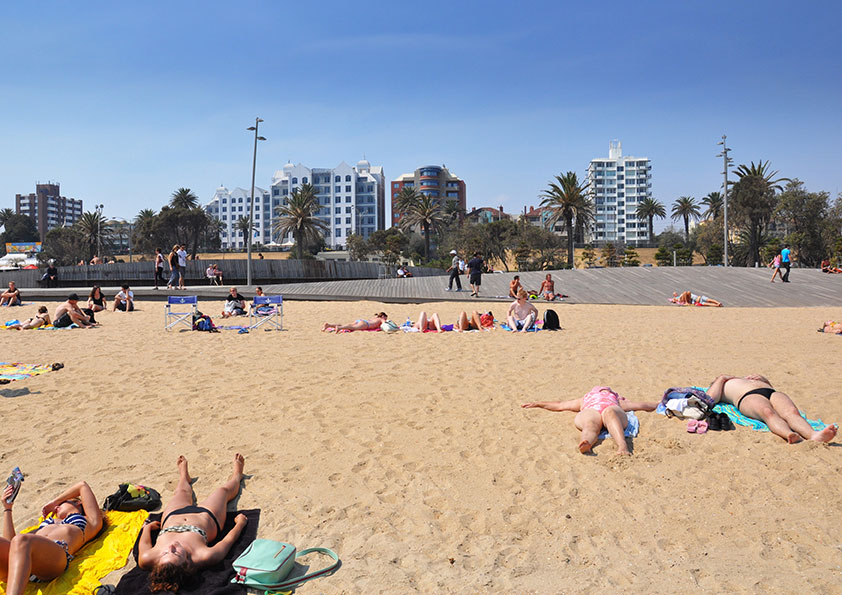 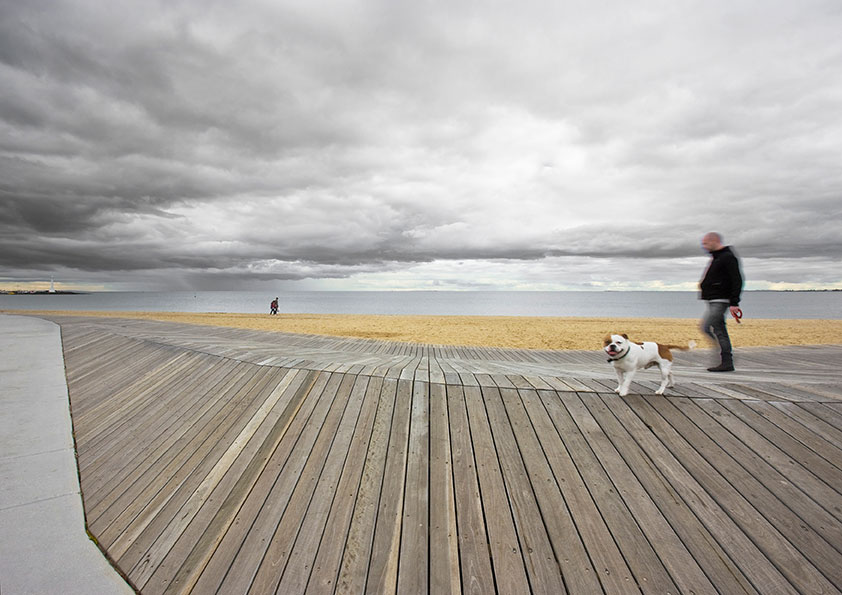 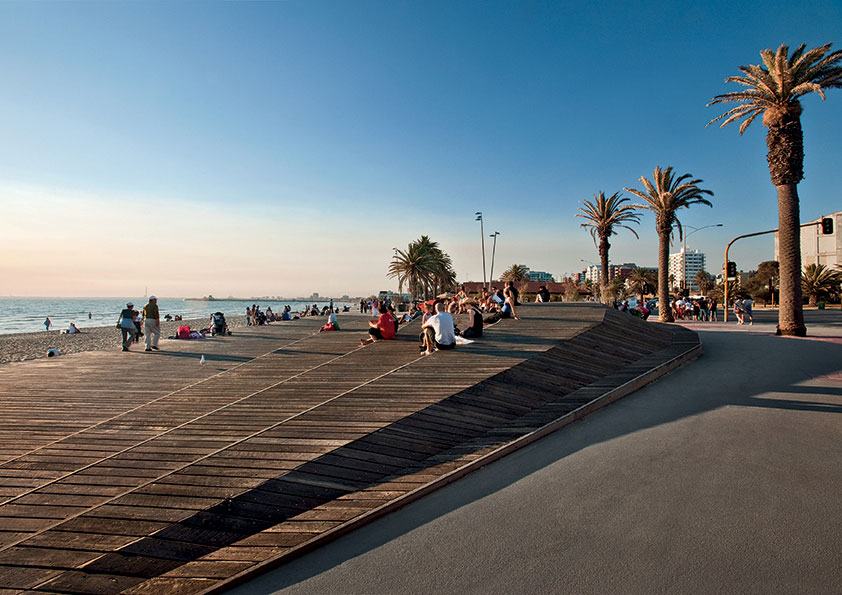 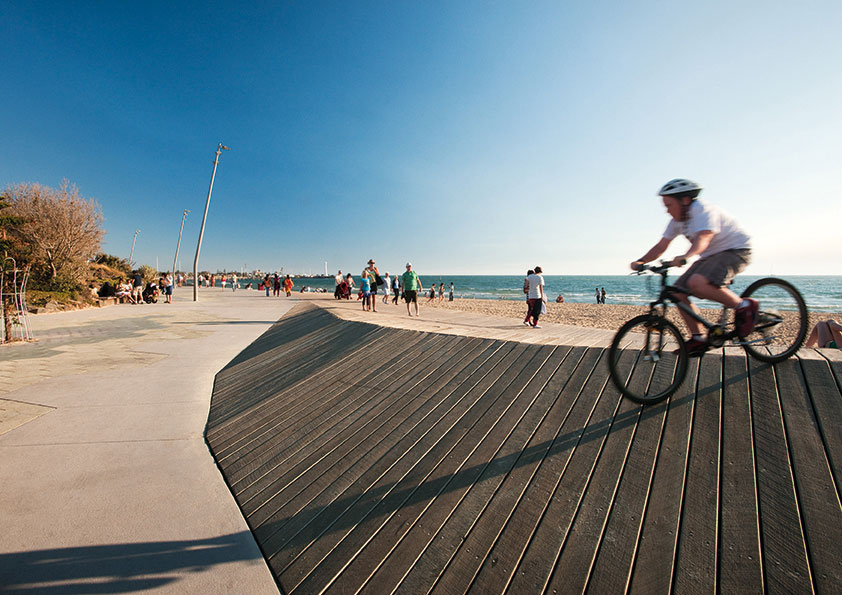 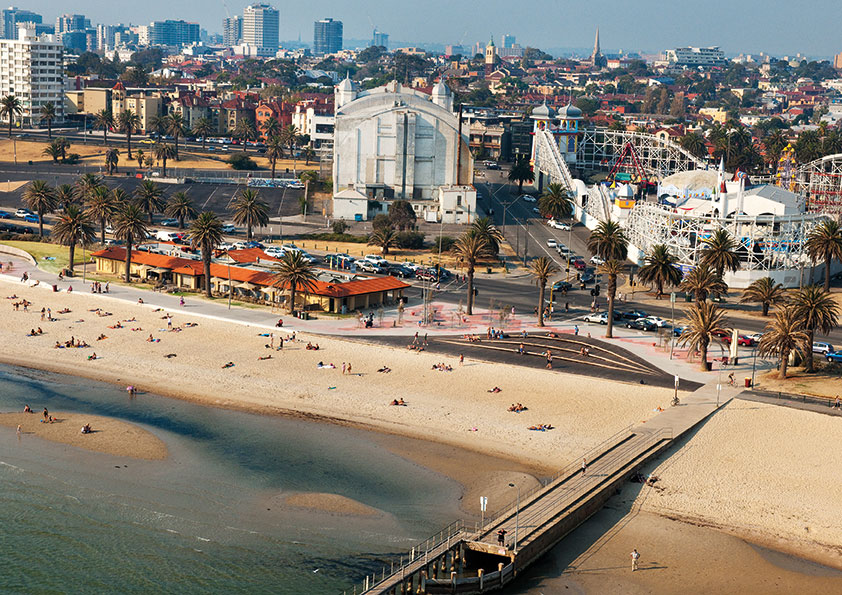 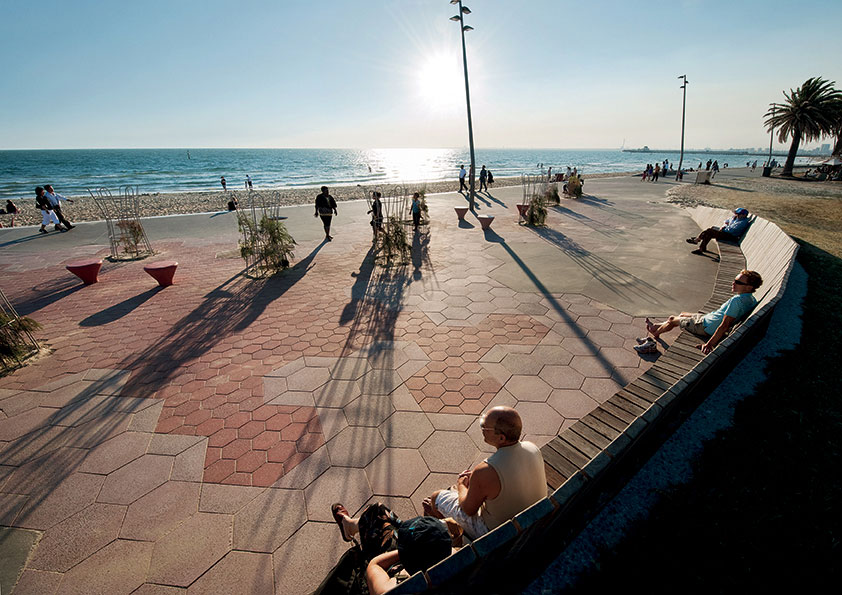 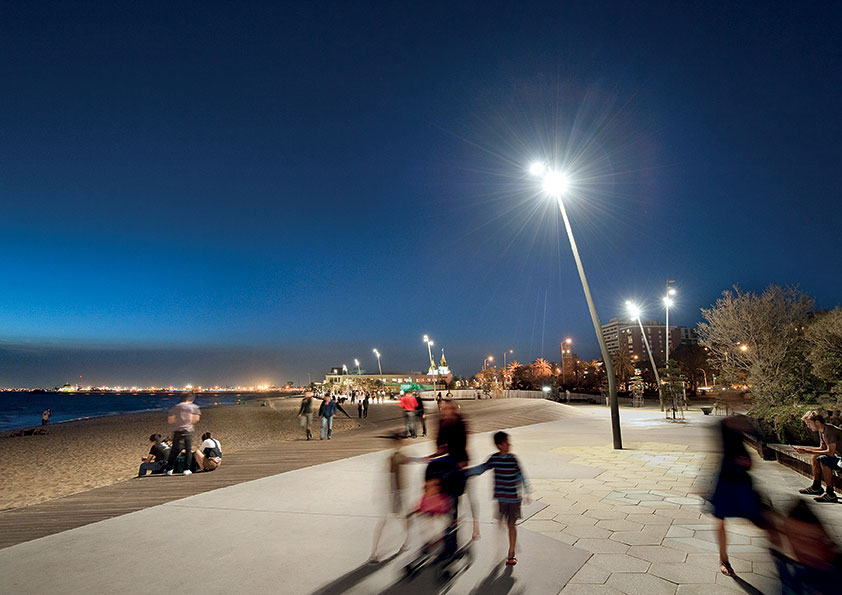 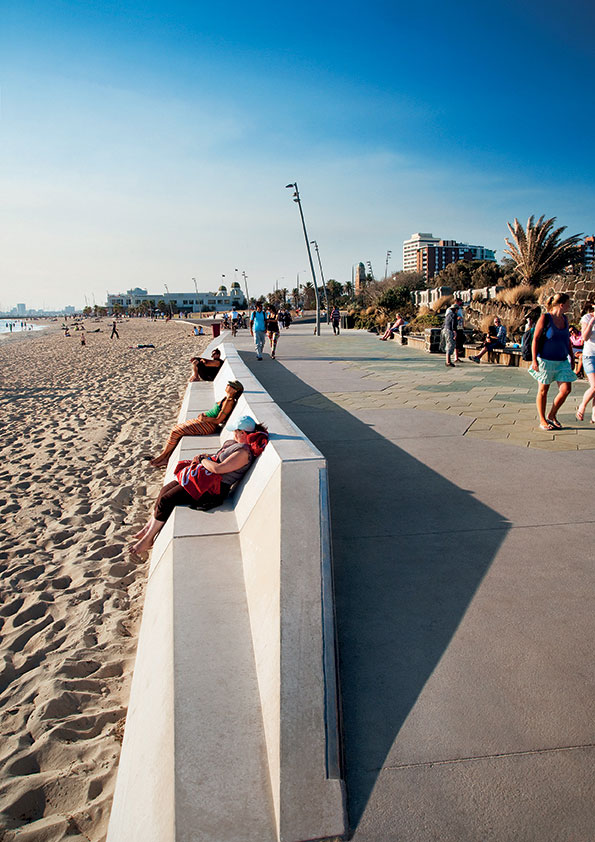 Great public spaces manage the delicate balance between the structured and the haphazard, providing a framework for the unknown and unexpected to occur. It is the element of the unknown; the expectation of something different, that makes public spaces so fascinating. In an era when public landscape are increasingly controlled (and consequently boring), the promenade remains one of the few landscape typologies where the unexpected should be celebrated; where the act of appropriation is the very precursor to its success. As such, the promenade is one of the most pure and beautiful landscape types to be asked to design.

The promenade has always been a democratic space: on the promenade all things are equal. The act of promenading, walking, sauntering or strolling is also about watching, viewing, observing and participating.  It is a spectacle where each individual participates within the larger theatre of public life.  It is a space that remains gloriously unprogrammed and free of functional constraints; where the primary function is left up to the creativity of those who use it; a stage awaiting the complex intermingling of individual actions and desires. It is an environment for people to colonise.

Yet in recent times, the promenade has had to adapt to new forms of movement. We no longer make our way around the city by foot. We also have a lot more time and money for recreation, resulting in an increased demand for recreational space. The real change in the nature of the promenade has been the proliferation of new forms and speeds of travel, such as skating, roller blading, jogging and cycling, as well as an increase in the use of public space for events, which have placed great pressures on the traditional infrastructure and design of the promenade.

The St Kilda foreshore promenade is one such circumstance where these changes have over time resulted in a dysfunctional public space incapable of performing as a promenade should.  The growth in higher speed recreational activities, coupled with dilapidated infrastructure, has resulted in the incompatibility of functions and an increase in the frequency of collisions. As such, the decision was made to redesign the promenade to resolve these issues and to create a promenade that reflects the importance of the promenade to St Kilda, as well as the wider City. The tradition of overly prescriptive plan is being overshadowed by the need for more dynamic and flexible solutions.